by Way Networking
in Celebrity, Entertainment
0

Rina Trenholm is a well-known fictional character in the crime drama series FBI portrayed by Kathleen Munroe. FBI drama series started on 25 September 2018, since then it is one of the most loved TV shows in America and Canada.

Kathleen Munroe played Rina for 4 seasons but the character died in the 11th episode of season 4 and the fans are in grief because they won’t be able to see their favorite character in the show anymore.

Even though Rina Trenholm is a side character but still it is most loved by the fans because Kathleen beautifully portrayed it. However, after Rina has died in the show let’s learn about what’s going to happen!

Who actually was Rina Trenholm in the FBI series? 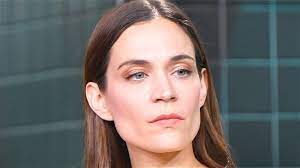 Many people don’t know who was Rina on FBI? So in this blog, we are going to discuss everything about her! She was an assistant director and an agent of the FBI, her born year is 1982 and she graduated from Winsor School in the series. For two years, she didn’t go to school and worked in Peace Corps, Gambia.

After that, she completed her school and college and went to Princeton University where she studied psychology. In 2005, she graduated and started going to George Washington University to do a Master’s in Forensic Psychology.

She joined the FBI as ASAC after completing her Master’s, after some time Rina was appointed as Interim ADIC in New York Bureau. Keep reading to know more about who was Rina on FBI that died in the fourth season of the series!

Vengeance is the reason that she was shot by Antonio Vargas behind the bars but she didn’t survive even after taking her to the hospital quickly. Jubal Valentine, who is also an FBI agent in that drama series, saw the empty room when he reached the hospital.

Upon asking her parents, he learned that the staff already removed the life support system with the permission of her parents because she was gone and there was no hope so they didn’t want to delay the procedure.

It was such an emotional episode because all of her fans were heartbroken and Rina’s mother revealed something to Jubal, it was a happy and sad moment at the same time. She told him that Rina wanted to stay close to you that’s why she started her job in New York.

Did Rina’s Mother blame Jubal for her death?

After Rina Trenholm died, her mother told Jubal something that the fans of this series are finding suspicious. The fans are taking her statement in which she said, “Rina joined New York’s office because of you” in a negative sense and they think she is trying to blame him. The fans think that Jubal won’t rest until he takes revenge for her friend’s death.

Are we going to see her again in the FBI?

Her fans are worried that they are not going to see her favorite character in the show, we cannot console you by saying yes because they killed her in the drama and we have no idea what the writers are thinking about the future of this show. But after all, it is a drama and we can expect everything so let’s hope for some emotional twist.

Is there a fifth season of the FBI series?

We cannot say anything for now because it is not renewed nor it has been canceled. However, we think there might be a fifth season of the show because there are many mysteries to be resolved but it depends on many factors and the makers know the best.

You should know that only high-rated series tend to be renewed and its viewership got down by a few numbers during season 4 but that’s not a reason because there is no official announcement made by the makers.

What is the FBI series about?

This drama basically shows how the New York bureau works for investigations. The team works really well and the talented officers are trying their best in order to keep the city safe.

This series was started in 2018 by “Dick Wolf” and “Craig Turk”, it shows how these agents and officers are solving cases related to terrorism, crime, and other cases with their experiences and expertise.

Who played Rina Trenholm in the FBI series?

Now that you know who was Rina that died in season 4, let’s talk about who played Rina in the popular drama series FBI. The character of Rina was played by a Canadian actress named “Kathleen Munroe”, she was born on the 9th of April, 1982 in Ontario and she is living in LA nowadays.

Kathleen Munroe was also awarded in 2010 for being the best female actress because she gave outstanding performances in her movies and series. She did a great job in the FBI series too but her character is no more in the drama series.

Who is the husband of Kathleen Munroe?

She is single and since she is focusing on her career, in which she is doing great, she has no time for relationships and related stuff. After being loved by the fans for the character she played Rina Trenholm, she left the show (died in the show) and we have no idea what her future plans are because she never spoke about her relationships.

The question asked by the majority of the people, who was Rina on FBI that died in the show has been answered in detail in this blog. We tried adding every information we got from the sources and hope that it helped you understand the sudden death of Rina Trenholm. If you want us to add anything else then please comment below!